Tony Allen is best known as being the drummer behind the funky grooves of Fela Kuti’s Afrobeat music. He grew up in Lagos, Nigeria and started playing percussion then drumset in various Highlife groups. He, along with Fela, helped create a new genre, which they called Afrobeat, by fusing Highlife and other forms of African music with the funk and jazz music coming out of the US at the time.

I first heard Afrobe at music around the year 1999. This was two years after the legendary Fela Kuti passed away. When Afrobeat was described to me as African music fused with jazz and funk I couldnt believe I had never heard this before. Then about a year later I saw Antibalas, a New York based Afrobeat group, perform at their residency at a venue called NoMoore. Seeing this show inspired me to an Afrobeat group in Chicago, which we called Chicago Afrobeat Project. I performed with and helped run CAbP until 2008 when I parted ways and started up AfroZep.

When listening to Afrobeat for the first time, you will notice the quick bass drum patterns and the ostinato percussion patterns, mainly in the block and shekere. Try playing the groove below. Notice how the kick and snare each play their own pattern, which is commonly found in African music. When I studied with Mr. Allen he told me the key to Afrobeat drumming is all in the hi-hat. He plays 2 and 4 with his left foot, something he took from jazz drummers. The way he dances on the hi-hat cant be explained in notation. 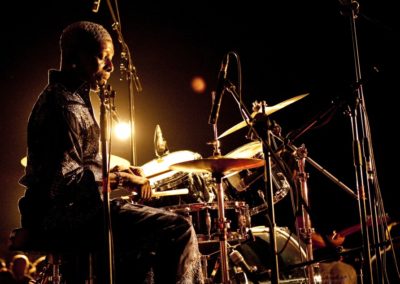 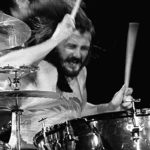 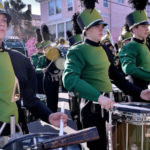 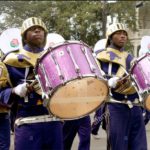 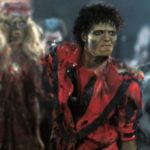 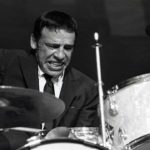